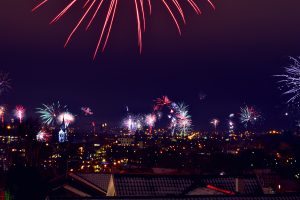 Hughes hopes for the equality and freedom for all people of color even though it hasn’t been achieved yet.

Washington: a life by Ron Chernow (nonfiction on audio)

Biographer Ron Chernow provides a richly nuanced portrait of the father of our nation, dashing forever the stereotype of a stolid, unemotional man, and revealing an astute and surprising portrait of a canny political genius who knew how to inspire people.

In this book, American history comes alive with the deeply personal stories of those marching for our Independence.

After being sold to a cruel couple in New York City, a slave named Isabel spies for the rebels during the Revolutionary War.

All about the life of Abigail Adams and her marriage to patriot John Adams.